Do YOU Have Control Issues? I Know I DO! 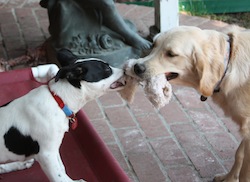 Do YOU Have Control Issues? I Know I DO!

Part of my practice in writing on this blog is busting myself as I face my life squarely in the face and do my best not to blink first.  And today, I’m confessing that I might, possibly, conceivably have some control issues.

I’m a man, I’m a Taurus and I’m over fifty.  I know what I like, I know what I don’t like, and I don’t have much tolerance.  I’ll give YOU whatever you want, as long as I’m not annoyed in the process.

You may quote me when I tell you that the fastest path to discovering your control issues is to be in a romantic relationship.  Once the “honeymoon” stage is over, the “power struggle” begins (see my posts, 3 Stages of Relationship and Which Side of the Bed Do You Sleep On?).

Now I’m only dating these days, nothing serious, yet I’m ALREADY being accused of having control issues!  I find it pretty painful when a tall, blonde, hazel-green eyed beauty tells me that I have CONTROL ISSUES!

It completely pisses me off, offends me and worst of all ANNOYS me, when she wants to talk about my control issues and I would much rather be having incredible sex with her.  Can anyone relate?

I would much rather blame it on her and be a good psychologist and know that she is simply projecting HER unresolved control issues onto me.  And there is probably some degree of truth to that.  After all, the pointing finger has three fingers pointing back, doesn’t it?  Or as we used to say in junior high, “he who smelt it, dealt it.”

However, as my commitment these days is to continue to open my heart in whatever situations I find myself in, I feel compelled to look at myself.  Otherwise, I will just shut down into intellectual self-righteous indignation and who wants to have sex with THAT guy?

So here’s the situation, not that I need anyone to agree or disagree with me, though your comments as always are welcome.  Believe it or not, the main control issue is over food or more accurately the sharing of food.

When I go out to eat, there are some types of restaurants that are conducive to sharing of food, at least in my experience.  And I’ll caveat this by saying that I was raised as a Jew and while I don’t live much of the religious aspects of Judaism, ethnically I DO believe that we have some food beliefs and issues, sharing perhaps being one of them.  In addition, I find sharing of food to be quite romantic and intimate.

Back to the point, to me, certain ethnic foods, such as Chinese, Thai, Indian foods are clearly designed by our Creator to be shared.  After four or five bites of kung pao this or tandoori that, I’m bored and ready to taste something else that is there.  Am I right?  Or is that too controlling a question?

Anyway, my date and I are seeking out a place to eat.  To give a context, this is someplace between date #3 and date #5 (is being precise too controlling?).  And the facts may be imprecise and muddled and amalgamated with other past experiences.  I HAD to say that, just in case she might be reading this, though I don’t believe that we are dating right now, but I could be wrong.  Or just controlling.

So, she wanted to go to one of these places, I believe it was an Indian place and being the gentleman, I asked, shall we order a few things and share?  I was being polite, because EVERYONE knows that this is what you do at this kind of place!

Apparently SHE didn’t get the memo, as the response was, “no”, I’ll order the blah-blah and you can order what you’d like.  And she proceeded to the bathroom.  I was stunned, yet pored over the menu, looking for something to eat.  Nothing seemed appealing by itself.  Lamb korma is great, but four bites in, I’d be bored.

We went to a Mexican restaurant, she ordered her thing, I ordered mine.  I invited her to sample my meal, which she did.  There was no reciprocal offer.  She took her leftovers home in a doggy bag.

Eventually we got into an argument or a heated discussion or a POWER STRUGGLE over this.  She felt totally controlled by me.  She wanted to eat what she wanted to eat, what was wrong with that?

Nothing.  That seems reasonable to me, just good self-care.  However, me NOT wanting to eat at a place where I would be uncomfortable at not sharing, THAT was controlling.  It definitely WAS NOT self-care.

A week later (really?) I finally was willing to set aside my offense at being accused of being controlling.  I still felt annoyed, hurt, frustrated and still would have preferred to just have makeup sex to smooth things over and get the positive hormones and endorphins  flowing.

However, being we still had not had sex, this was sadly not going to happen.  What a drag, being in the power struggle and we never got the honeymoon!

So I set my pettiness aside and we dialogued and dialogued (she started this as texting back and forth which didn’t work well for me, eventually we made it to the telephone, a step in the right direction as I’m old fashioned about the media of deep connection).  And I believe that I finally understood that what was important to her was that I look at myself and my contribution to the interaction.  And I did.

I’m not crystal clear that there was a quid pro quo in that respect, but I may very well be filtering this through my control issues. And I don’t feel completely understood on this matter and perhaps neither does she.  And I’m not writing this as a “gotcha” piece, I really am doing what I can to explore what has happened and how to learn from the situation.

My belief is that “water seeks it’s own level” in a relationship, what is called “matched differentiation” in the psychology world.  And so while I’m begrudgingly willing to look at my issues, I know damned well that whatever is in me is mirrored in my partner as well, appearances to the contrary.  And at the same time, “where there’s smoke, there’s fire”.  Next to last cliche of the night.

Those that trigger us the most are greatest teachers.  I’m a slow learner and am grateful for my teachers, including this blonde goddess.  Yes, I’ve got control issues, I confess, though to be honest most of me doesn’t see this particular issue as one of them.  Which is perhaps why we’re not dating at this moment in time.  One lesson I HAVE learned in life is that if you are going to be righteous, you have to be willing to pay the price.

In summary, when I had an online dating profile, I posted that I am a handful and a half.  It’s STILL true.  I’m still working on it, still willing to work on it and still have a long way to go.

So YES, I am controlling.  At the same time, I don’t require much and if you GIVE it to me with an open heart, I am SO willing to surrender and BE controlled and give you what YOU want.  Is it a chicken or an egg?  Or am I still stuck in the same control paradigm on the flip side?

It’s SO much easier when I’m helping couples and singles with THEIR issues.  It’s my gift and my pleasure.  Yet, to be in full integrity, I have to face my issues, semi-occasionally at least.  And writing helps me to begin to do that so much more clearly.

And, perhaps my writing will help you as well.